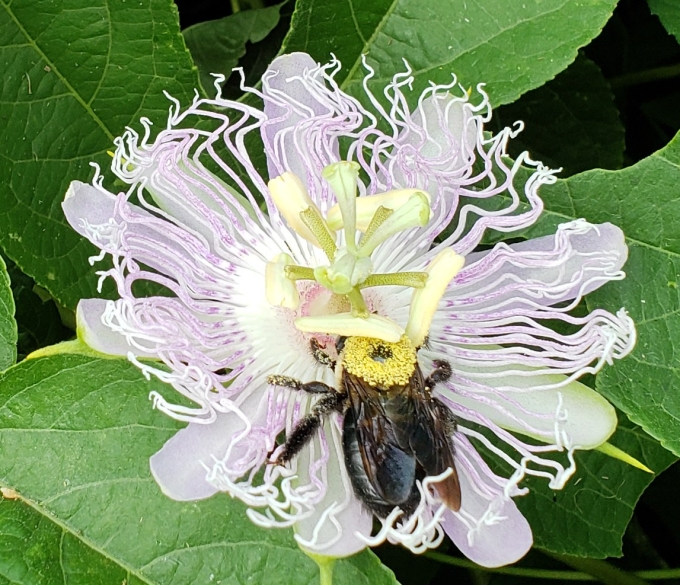 Could it be possible that the sperm/particles which fertilized the egg is/are MOSTLY from the babies’ daddy?

Darwin (1884) on pages 370-375 in volume II of his second edition of “The Variation of Animals and Plants under Domestication” implied that the “male element” with its accompanying gemmules can “act on the female tissue and influence future progeny.” This effect is anticipated before direct fertilization. The idea of telegony in heredity is this very essence: that male sperm in the body of the female (or pollen in the case of a plant), prior to fertilization can influence the genetics of the actual fertilized ovum.

Gemmules were the proposed particles of the Pangenesis hypothesis of Darwin as described in his book: “Animals and Plants under Domestication,” in Chapter 27 of his 2nd edition, Vol. 2. Current proposed particle identities have been suggested by Liu (2008). Please download the full research article and not simply the abstract to get the full scope of the possible potential particles which might act as Darwin’s “gemmules.”

I have been thinking over the past few days about Darwin’s gemmules from his Pangenesis theory and how he suggested that they could reproduce and lodge in the female reproductive (ovaries). In my mind, I have to remember that Darwin was describing things and phenomena which had not been properly named (or at least had not acquired a universally accepted name). In my mind, the best match I can imagine is some particle that acts like a virus. So for now, I am suggesting that the identity of his gemmule happened to be a virus. At this point, I do not know enough about prions to introduce them into the discussion.

So if these gemmules were introduced by prior partners of a woman before her fertilization, a virus could be described as this “gemmule” thing that could reproduce at once in her body and then “lodge” or genetically modify her genome. Sounds like a virus.

Next thought; rather a dark one. Could the gemmules Darwin was speaking of be viruses which could efficiently be “vectored” into the woman via a sexually transmitted infection, such as human papillomavirus? What better than a highly infectious agent to introduce and change the genome?

Next question is how much does it change the woman’s genome? It is enough to contribute to different traits in the baby created by a later fertilizing “baby daddy?”

My understanding is that when an infectious virus replicates in the body of the donor, it takes on some of the cell membrane and possibly hijacks DNA from the host (via genetic linkage?); maybe little pieces that could then be inserted into the recipient DNA. So, if my thinking is correct, any virus we receive could in fact contribute to the amount of junk DNA within our own DNA.

To me, junk DNA from a virus (oncovirus) can form an oncogene that could lead to cancer. In my mind, all of this begins to rationalize the practice of retaining one faithful reproductive partner for a lifetime with the side benefit of having less junked-up DNA which could be passed on to the babies.

This also brings me back to one of my original questions in this reflection: If junk DNA from a “giver” of the virus is possibly spliced along with the viral DNA, would it, could it ever be enough in quantity to actually influence a trait of the baby created by a later fertilization to the point that it would resemble traits produced by DNA from a prior “donor” which did not result in fertilization at that time?

OK, geneticists and infectious disease experts, I need your collaboration. Are any of the ideas in this reflection plausible? Thank you in advance for your consideration.

Considering the highly infective nature of the COVID-19 virus, could “relations” with an infected individual serve as an ” RNA transmission moment?”

The corona wiki article indicated that genetic recombination can occur when more that one “viral genome” is present.